*Diplomacy and the Digital Age...*

Diplomacy and the Digital Age

"Four-wheel drive instructor once gave me the quintessential piece of advice: "You have to be smarter than your equipment." I have followed that pearl of wisdom in many realms of life, but most recently, in my previous responsibility as Mexican Ambassador to the US, it came in very handy when I made the decision to become the first ambassador accredited to Washington to start "tweeting" in an official capacity.
In an era in which social media and public policy are increasingly converging, policymakers have to be smarter and faster. That the world has changed dramatically in the past two decades is self-evident, but some of those sea-changes have directly affected the way we conduct the business of public policy and diplomacy. For starters, we have witnessed an exponential rise in the multiplicity of non-state actors that today play a major role in domestic politics and foreign affairs. The growing international activism of subnational authorities -whether state or local- and of civil society as a whole, including home-gown or global non-governmental organizations (NGO's) and corporations, has marked the global interaction of our times. We live in a post-Westphalian system in which the Nation-State has lost the monopoly of international power and information and is no longer the sole entity that determines how countries and societies relate to one another on the world stage.


This has contributed to the dispersion of power and activism among a multiplicity of actors, creating in the process a more horizontal playing and communications field between them. Demographic and technological changes have also made a difference. Today, technology and social networks have enabled young people and society at large -better equipped than ever before to articulate their interests and mobilize accordingly- to transcend beyond their immediate surroundings and communicate beyond borders. With the proliferation of round-the-clock news and the intensive use of social media, government officials and embassies no longer hold "exclusivity" or total control over both the content and speed of information they provide to the public. As people are overwhelmed by the 24/7 news cycle on world affairs, their appetite to learn more and demand greater accountability to the foreign policy decision-maker through horizontal media has dramatically increased. We see this from Syria, the Arab Spring and the G20 to Occupy Wall Street, WikiLeaks or climate change, in which the use of social media has created a forum for informal and direct dialogue and where passive and hierarchical schemes of international engagement and interaction have totally vanished.


The openness, networking and greater accountability enabled by the use of social media are therefore crowding out hierarchy, secrecy and exclusivity. Governments have been under greater pressure to address social demands and to be more accountable for their actions. Slowly but surely, they have been adapting to social media and increasingly understand the need to fully embrace it as a governance tool. But without a conscious effort to transform the way they operate, governments can be overwhelmed, leaving societies unsatisfied with their lackluster responsiveness. Today, information has become easier to acquire and the narrative has become more difficult to control, and the same tools we use to impact policy and perceptions can be used against us, by those who disagree with a given policy or position, or more dangerously, by hostile actors in the international arena.
What's more, institutions -and this is particularly true for foreign policy bureaucracies- are slow to adapt and resist change. Everyone except babies hates change. But it is unavoidable. The fragmentation of actors influencing foreign policymaking is eroding the traditional role of the executive branch of any nation in conducting diplomacy, and therefore governments and their foreign policy establishments simply have no alternative but to adapt and adopt new tools. Moreover, in a 21st century environment, in which "timely" means "real-time", diplomats and public officials need to be nimble and agile. They need to discern the quality or veracity of information in the torrent of open-source data that flows every second through traditional and social media outlets, and need to understand situations, assess plausible scenarios, and talk and reach-out to key actors. Diplomacy should not -and cannot- dispense with its traditional toolbox, but it does benefit from the incorporation of new instruments to confront these realities.
Digital diplomacy does not come at the expense of traditional diplomacy, it complements it. Incorporating social media as a tool of engagement enables diplomats or public officials to reach a much broader audience and to do so directly, without intermediaries. Critically, digital diplomacy and the use of social media are not substitutes for sound policy or policy design and implementation. No savvy use of technology can sugarcoat bad policy or poor public diplomacy. You need to know your audience and you need to be able to take its pulse, and what works back home does not necessarily work elsewhere, and it in fact usually never does!
For this reason, at the aggregate level, a sort of feudalization of foreign policy-making and implementation must occur for diplomats using social media tools to be successful. Nowadays, there is no time to run everything by the headquarters of foreign ministries in every capital city. Foreign Ministries need to become less risk averse and more willing to surrender greater tactical and operational control, and Ambassadors need to assume risks, and the responsibility to act, speak, and call the shots in real time, with a high degree of autonomy. Only this freedom of action can enable diplomats to respond in a timely fashion to the circumstances and environments they face on the ground.
In sum, digital diplomacy -and the social media tools used in its instrumentation- need to take into account new processes and practices that are already changing core diplomatic and public policy tasks in three relevant ways:
a) Listen and analyze. Social media has become one of the greatest tools to gather and analyze information and open source intelligence, and to take stock of developments unfolding in any given nation.
b) Correct and impact. Social media allows one's voice to be heard and to confront or change narratives, reporting or spin, and to conduct outreach and cultural diplomacy in an effective and far-reaching manner.
c) Empower and transform. This is particularly relevant as Foreign Ministries and Embassies try to influence developments on the ground, empower civil society and NGO's, and foster openness and change.
Throughout history, the success of societies has occurred hand in hand with the ability to foster human connections. With the advent of internet-based social media platforms, a successful digital diplomacy entails a complete overhaul in our communications strategy, and is part of a broader conversation regarding the kind of societies we want and the interactions among them and within them. Through diplomacy and public policy you interpret and seek to shape the world. Technology and social media have provided both disciplines with additional tools to do just that, along with the ability of creating more ways for individuals to form communities and to interact. In doing so, the marriage of these tools with policymaking has the power of fostering more open societies, one of the preeminent goals, I believe, of both 21st Century Statecraft and streetcraft."
LINK : http://www.huffingtonpost.com/arturo-sarukhan/diplomacy-and-the-digital_b_3006716.html 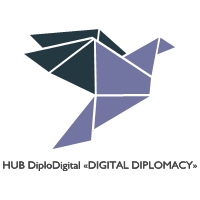 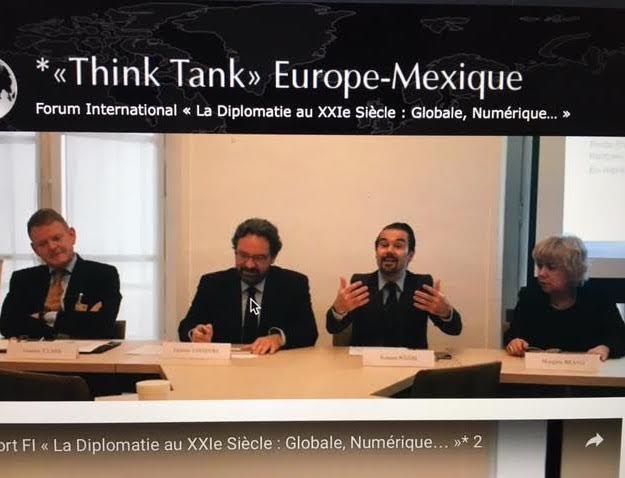 *Can Social Media Change the Face of Diplomacy?* 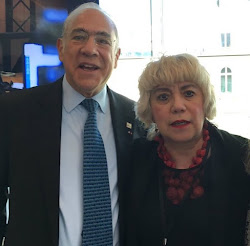 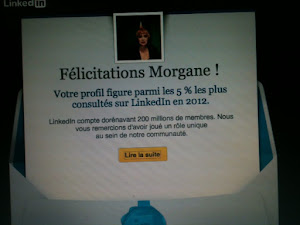 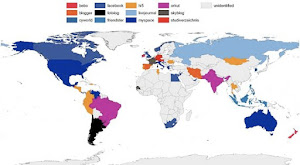 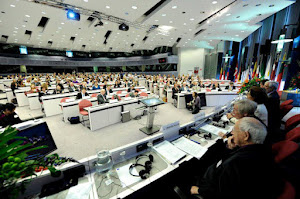 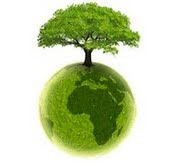